Dingey Movers was established in 1947 by Clyde Dingey and his son William E. Dingey as Clyde Dingey & Sons House Movers. In 1982 the business was passed on to son William R. Dingey and became known as Dingey Movers, Inc. Since then, Bart Dingey has become the 4th generation owner and his son, Seth has joined the family business. The Dingey’s pride themselves on their long standing safety record and their ability to take on and complete, with the utmost satisfaction, any project that has come their way.

The company may have started just moving houses, however, since 1947 many things have changed.

As our skills broadened we began moving additional structures and now move and shore:

There is no job too big or small for Dingey Movers, Inc. You will be more than satisfied with any service we may perform for you or your company. We look forward to doing business with you, please feel free to contact us at any time for an estimate.

Proud Member Of The International Association Of Movers 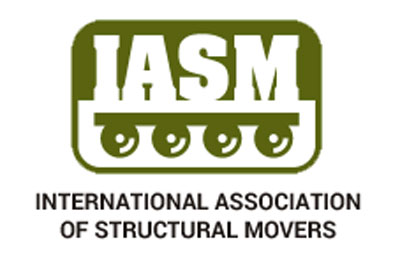 Here is what our customers say about Dingey Movers

Lifted and moved my house

Lifted and moved my house 40 ft on LBI to make ready for pilings. They moved with a steady pace of professionalism. Each doing his job and doing it to perfection so that the whole process was done smoothly without mistakes or moments that caused me stress as I watched from beginning to end. I will admit I was nervous as the day began not knowing what to expect with visions that everyone must have of their house toppling over or other complications. I was immediately put at ease as I realized these guys really knew their stuff!!! They were amazing!!!! If you need your house lifted Dingey Movers are the ones to call!!!!

You and your friendly crew did a great job

You and your friendly crew did a great job on raising my three story home on Barnegat Bay. Thank you so much. I will highly recommend Dingey Movers to anyone who needs to lift their home. It was almost stress-free!! Again thank you, for doing such a great job on my home.